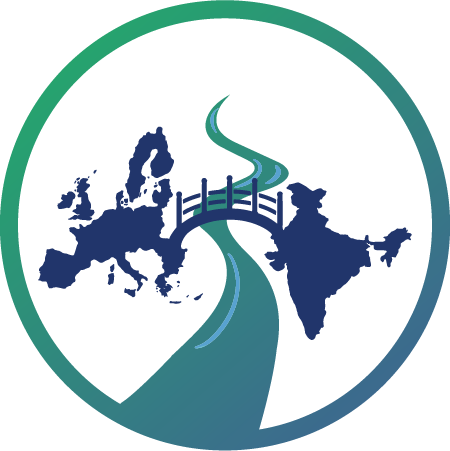 Subsequently, a ‘Memorandum of Understanding on the India-EU Water Partnership’ was signed in October 2016 between the then Indian Minister of Water Resources, River Development and Ganga Rejuvenation (MoWR, RD & GR), Uma Bharati and EU Environment Commissioner, Karmenu Vella with an objective to strengthen the technological, scientific and the management capabilities of India and EU in the area of water management on the basis of equality, reciprocity and mutual benefit. The preparatory action to establish and structure the IEWP started in December 2015 and lasted till May 2017. This phase was dedicated to deliberate and agree on IEWP activities for the cooperation on water resources management between the EU and the MoWR, RD & GR.

Since July 2017 (Phase 2), the IEWP is co-financed by the European Union (EU) and the German Federal Ministry of Economic Cooperation and Development (BMZ), which is implemented and coordinated by GIZ in conjunction with the BMZ funded Indo-German Technical Cooperation project ‘Support to Ganga Rejuvenation’. The MOWR, RD & GR, the Government of India (GoI) provides equal support towards achieving the objectives of the IEWP. For its implementation, a Project Management Unit was put in place at the GIZ India office. The IEWP Joint Working Group comprising of representatives from the MoWR, RD & GR and the EU was also established. Further to the deliberations on IEWP activities during Phase 1, in June 2017, the Joint Working Group of the IEWP agreed on nine Priority Areas (PRs) in cooperation with water resources management and hence the IEWP Action Plan was developed.

The Purpose of the IEWP Action is: